A Curse So Dark And Lonely by Brigid Kemmerer 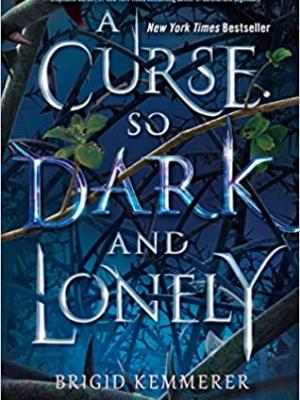 A Curse So Dark And Lonely by Brigid Kemmerer

Eighteen for the three hundred twenty-seventh time, Prince Rhen despairs of breaking the curse that turns him into a beast at the end of each day until feisty Harper enters his life.

If you're a fan of fairy-tale retellings (specifically Beauty and the Beast), then have I got a recommendation for you.

We're immediately introduced to 'Harper', our heroine of the story, but to top things off she's an 'uncommon' heroine. Harper is born into a family where: her mother has cancer, she herself has cerebral palsy, and her brother is thrust into a group where he's doing "questionable things" to help his family survive. We're thrown into a spin-cycle of disaster after disaster; starting with Harper playing lookout for her brother, then falling into Harper attempting to halt a kidnapping of a very drunk girl by this weird-looking guy. But everything gets worse as she's teleported to another world thanks to weird-looking guy, claiming she's the key to breaking a 'curse' on Prince Rhen; a very-cute, but very-weird, aggressive jerk.

It takes a bit, but Harper realizes she's no longer in D.C., and in order to return she will need to play ball and help break the curse on Rhen. However, if she's going to do this for him, then he needs to do something for her, and she's demanding he start putting his kingdom back in order. Taking on a more 'Robin Hood' role, Harper sets out with Rhen's reluctant assistance, to fix everything; putting herself in a position of control that she herself can't maintain in her real-life.

Not going to lie, I definitely got sucked into this book and I was hanging on every word, waiting to hear (audiobook) what would happen and how it would end. This book is part of a trilogy (A Curse So Dark And Lonely, A Heart So Fierce And Broken, and A Vow So Bold And Deadly) where the first book focuses on Harper and Rhen, and the second focuses on Grey and Lia Mara, while the final book focuses on ending the war between Syhl Shallow and Emberfall.