The Cat Who Saved Books 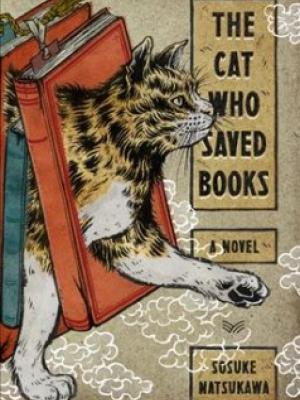 After his grandfather's death, a young man must prove how deep his love of books really is when a strange cat asks for his help to save books that are being abused. As the young man journeys with the cat, he not only finds the courage to stand up to the adversaries that bar his path, but also to start living life again.

The Cat Who Saved Books is one of those stories that is difficult to classify. It has many classic fantasy elements, but it's highly allegorical. Some of this is due to it being a translated work, as Japanese storytelling conventions differ in some ways from their English counterparts. For example, it's much more common in Japanese literature for there to be unanswered questions at the end of the story. In this case, the how and why of these magical events isn't given much explanation because what is important is our hero Rintaro's growth as he overcomes the challenges before him.

In addition to being a tale about overcoming loss and working through grief, The Cat Who Saved Books is also about the many troubles facing books in our modern world. I won't go into further detail because giving things away would ruin much of the fun, but suffice it to say, Sosuke Natsukawa offers some real food for thought.

For those concerned about being thrown out of their depth by unfamiliar concepts or cultural elements, worry not. Louise Heal Kawai, the translator, does an excellent job clarifying them without taking away from the original style of the novel, making this a good choice for anyone seeking a book with a unique feel.

A must for fans of humorous satirical works like Alice's Adventures in Wonderland and I Am a Cat.