Teen Review: We Were Liars by E. Lockhart 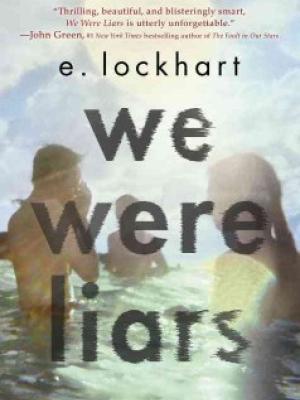 We Were Liars by E. Lockhart is a #1 New York Times bestseller, won the Goodreads Choice Award and was Amazon’s #1 Young Adult novel of 2014. But does this book live up to its hype? In my opinion it does.

We Were Liars is full of twists and turns, throwing the reader into a foggy haze for most of the book until the delightfully unexpected plot twists. We Were Liars explores wealth, status, and destruction as Cadence, our main character, attempts to uncover what happened last summer at her family’s private island and why no one will talk about it.

Lockhart weaves a story starring Cadence, a seventeen year old member of a wealthy and privileged family. Cadence has spent every summer at her grandparent’s private island bonding with her cousins, the Liars. It is picturesque, a summer full of boat rides, beaches, charming shops and of course the wealth and luxury that comes with her family’s class. But we meet Cadence in the present, suffering migraines and memory loss about her last summer on the island where she suffered a severe head injury.

Cadence, now only slightly recovered, comes back to the island for her seventeenth summer. Cadence is desperate to know what happened surrounding her injury. Did someone attack her? Why was she found alone? And where were the Liars when it happened?

Told from Cadence’s perspective the reader is dragged along through her memory loss, the events just as hazzy to the reader as to Cadence. Further, her fracturing family and love for Gat, the boy who joins the Liars every summer, adds more tension to the plot making it impossible to lose interest.

The book is a thrilling mystery and atmospheric tale but is not for those who enjoy a logical plot. While the plot twists are cause for an entertaining read they come out of nowhere and make sense only once elaborated on further. However, Lockhart writes an electric narrative that is impossible to put down, drawing the reader into Cadence’s world instantaneously.